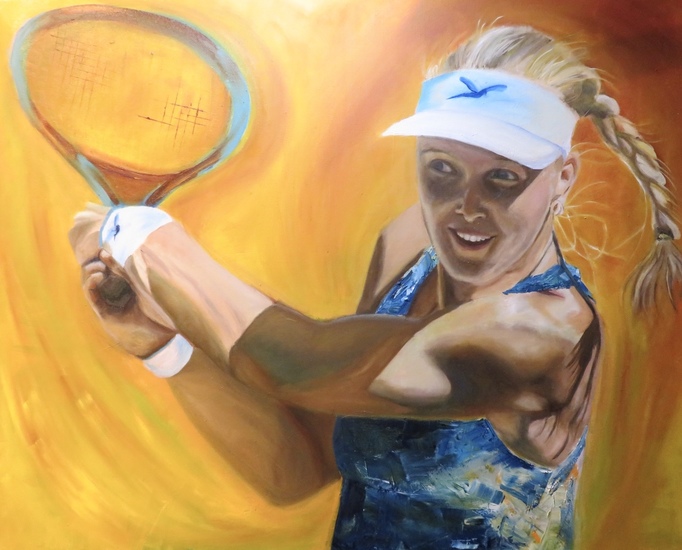 Kiki Bertens secretly my tennis idol she has real women's power (Wateringen, December 10, 1991) and is a tennis player from the Netherlands.  In May 2019, she reached fourth place on the WTA world ranking.  That made her the highest-rated Dutch tennis player ever.  Kiki started playing tennis at the age of six.  After high school in 2009, she focused entirely on sport.  In the period 2011–2017 she was part of the Dutch Fed-Cup team - she achieved a profit / loss balance of 24–4 there.  She reached the semi-final at Roland Garros, her best result at a grand slam tournament.  I would like to immortalize her talent here on social media with this oil painting of 80 x 100 cm. To be seen from January 6 at Tennispark Leeuwenbergh, lindelaan 11, Leidschendam